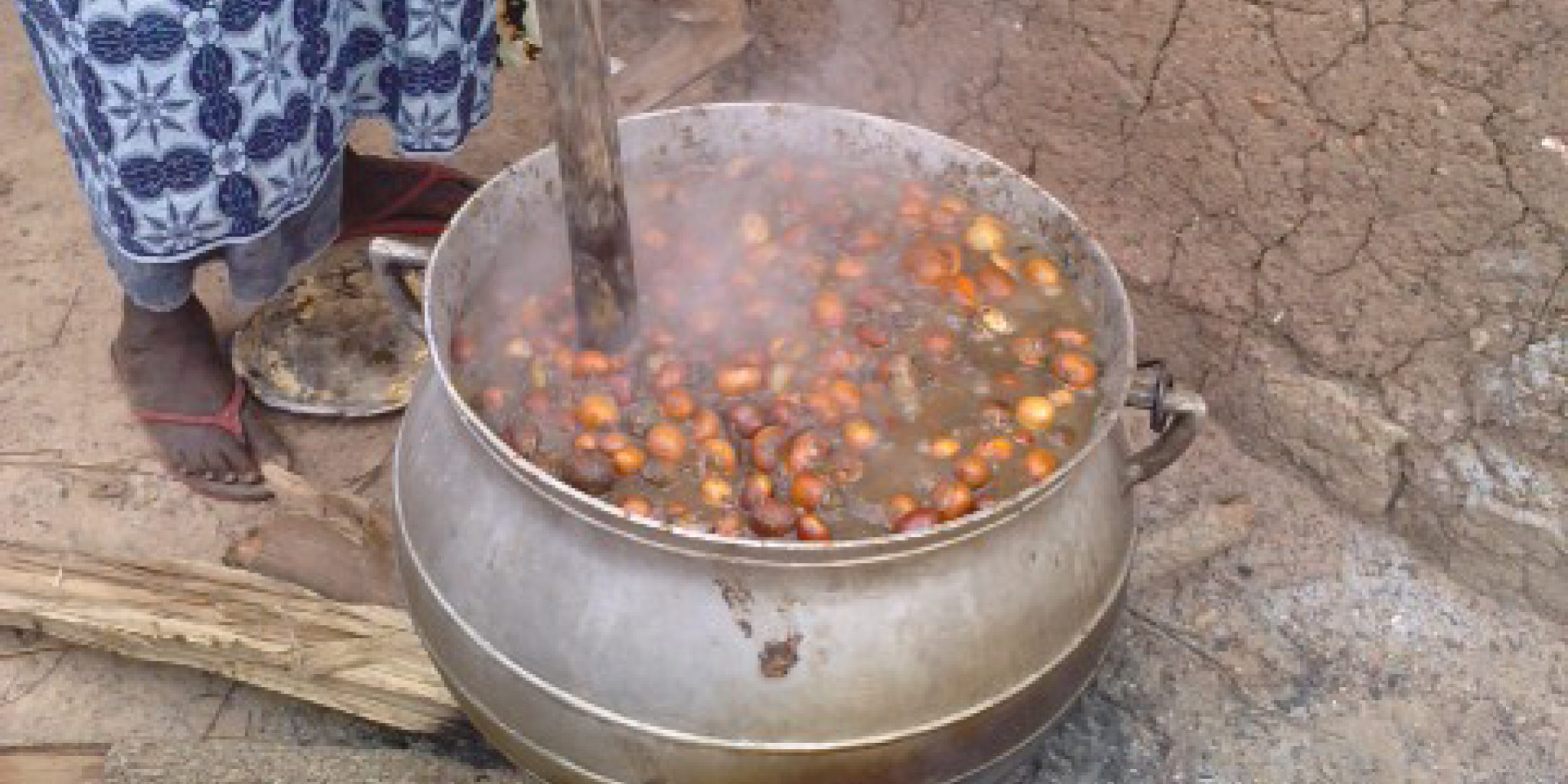 OLVEA is located since 2008 in Burkina Faso, where we have developed sustainable supply chains for Shea butter and Sesame oil. Over the years, OLVEA has built strong and long-term relationships with farmers’ organizations, and works for the development and empowerment of producers in general, and women Shea producers in particular.

Since 2016, OLVEA and L’Oréal, in partnership with Nafa Naana and Entrepreneurs du Monde, have been supplying improved cookstoves to Shea producers in south Burkina Faso in order to fight against fuel poverty and its consequences on deforestation. These improved cookstoves, used to boil Shea nuts and cook meals in Burkina Faso’s rural households, consume less firewood than traditional cookstoves.

The reduction of wood consumption has several environmental and social benefits: reduced energy expenditure and work arduousness (wood collection), reduction of the deforestation, but also less CO2 produced and smoke inhaled by the women producers and their families.

In 3 years, more than 4,200 producers have benefited from this project! A total of 5,370 improved cookstoves were distributed, thus avoiding cutting more than 4,500 tons of wood and reducing the domestic work of these producers by 500,000 hours.

Thanks to its teams, OLVEA provides part of the project’s technical assistance: coordination, support for expert missions, analysis…. Given the success of this operation, all the partners have planned to launch a second campaign to supply improved cookstoves in the coming months.

Partagez cette news
Share with TwitterShare with LinkedIn
Go to Top
We use cookies on our website to give you the most relevant experience by remembering your preferences and repeat visits. By clicking “Accept”, you consent to the use of ALL the cookies.
Cookie settingsACCEPT
Manage consent

This website uses cookies to improve your experience while you navigate through the website. Out of these, the cookies that are categorized as necessary are stored on your browser as they are essential for the working of basic functionalities of the website. We also use third-party cookies that help us analyze and understand how you use this website. These cookies will be stored in your browser only with your consent. You also have the option to opt-out of these cookies. But opting out of some of these cookies may affect your browsing experience.
SAVE & ACCEPT