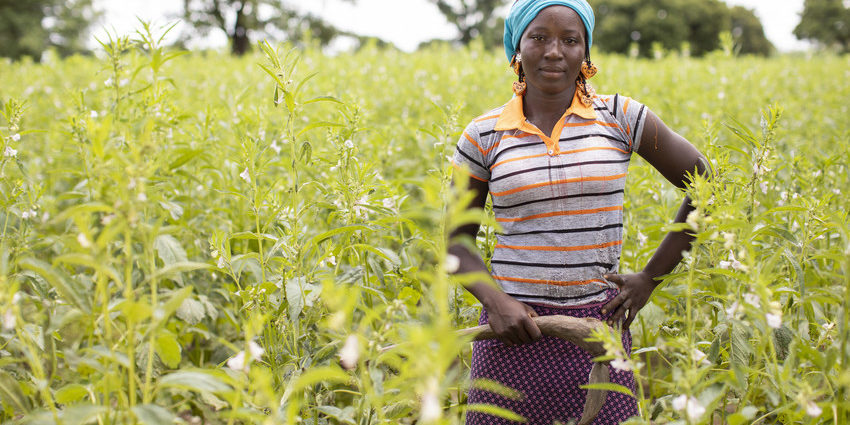 OLVEA has been established in Burkina Faso for more than 10 years for its Shea butter production. OLVEA has recently developed a Sesame seed oil supply chain, which relies on OLVEA’s existing local network.

This new activity enables farmers’ organizations, which were only specialized in the Shea kernels production until then, to diversify and increase their income.

In 2018, for its fair trade sesame oil supply chain (certified by Ecocert according to the Fair for Life standard), OLVEA worked with 2 farmers’ organizations. This represents a total of 854 sesame seed producers, and 100% of them have been trained in good agricultural practices.

OLVEA buys sesame seeds directly from farmers’ organizations before processing them into oil in its green plant in Bobo Dioulasso; by the way, the 2019 sesame seed campaign is about to start in Burkina Faso!