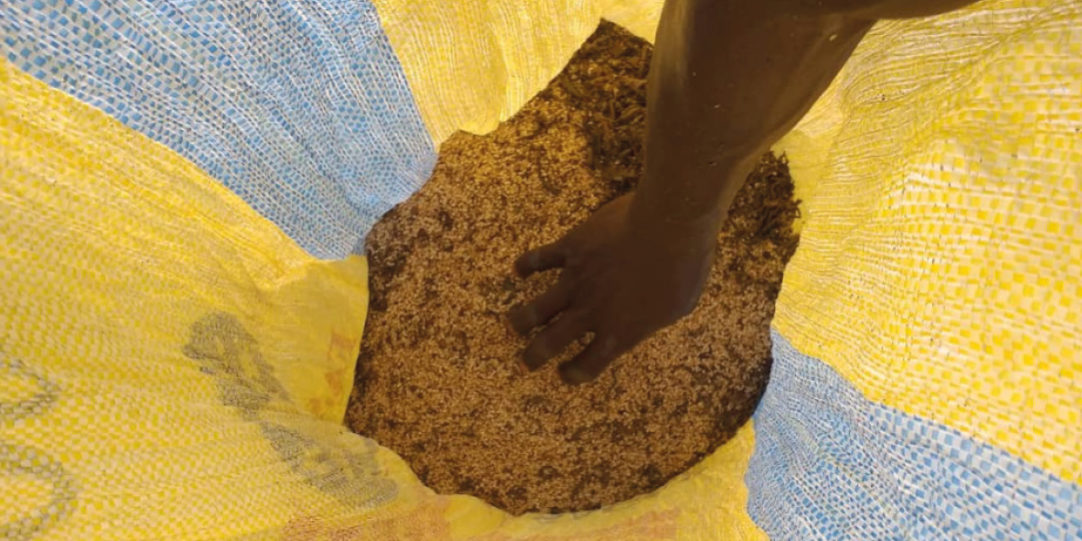 The plants have been bundled and dried for a few weeks. The sesame seeds were then separated and are now ready to be processed into oil. OLVEA buys its sesame seeds directly from producers organisations before grinding them in its green factory in Bobo Dioulasso.

In 2019, for its fair trade Sesame seed oil supply chain (certified by Ecocert according to the Fair for Life standard), OLVEA worked with more than 3,850 sesame seed producers.

Learn more about our Sesame seed oil supply chain in Burkina Faso
Partagez cette news
Share with TwitterShare with LinkedIn
Go to Top
We use cookies on our website to give you the most relevant experience by remembering your preferences and repeat visits. By clicking “Accept”, you consent to the use of ALL the cookies.
Cookie settingsACCEPT
Manage consent

This website uses cookies to improve your experience while you navigate through the website. Out of these, the cookies that are categorized as necessary are stored on your browser as they are essential for the working of basic functionalities of the website. We also use third-party cookies that help us analyze and understand how you use this website. These cookies will be stored in your browser only with your consent. You also have the option to opt-out of these cookies. But opting out of some of these cookies may affect your browsing experience.
SAVE & ACCEPT